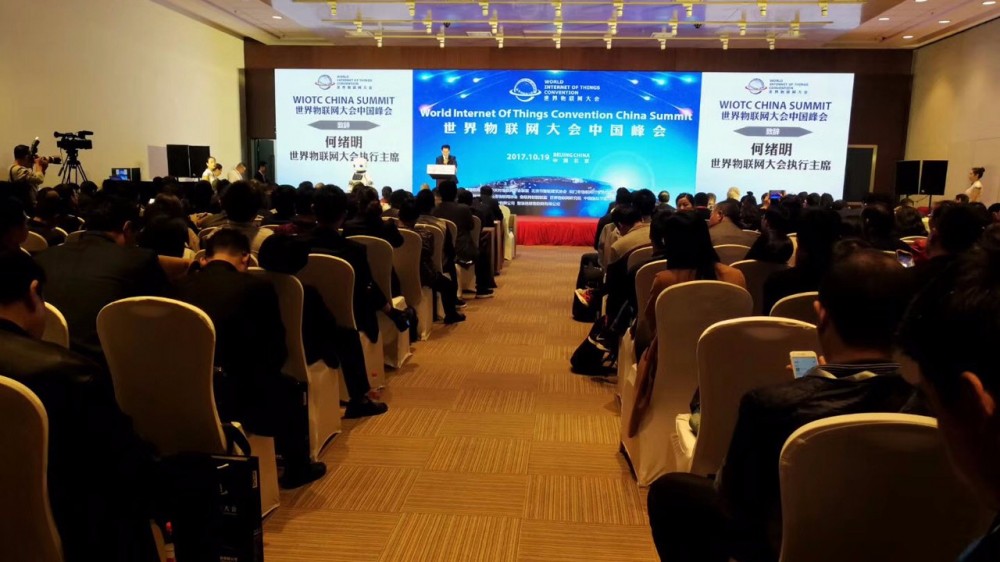 At the time when the 19th National Congress of the Communist Party of China was successfully holding, WIOTC China Summit was grandly held in China National Convention Center on 19, October. Guan Jinghui, former Secretary General of Publicity Department of the CPC gave an opening speech. He Xuming, Executive Chairman of WIOTC delivered a theme report about "Innovate China IOT new economy and promote the huge development of IOT world". Li Bohu, Academician of Chinese Academy of Engineering made a special report around IOT intelligent cloud. International IOT experts and scholars and enterprises representatives had multiple high-end dialogues around IOT for sustainable development, IOT smarter energy, intelligent transportation and Internet of vehicles. Representatives of enterprises on the World IOT Ranking List were issued certificates by WIOTC. Nearly 500 honored guests including enterprises, scholars and experts, some ambassadors and diplomats from more than 30 countries such as China, America, Germany, New Zealand, Austria, Japan, Malaysia, Switzerland and Slovakia attended the summit. Zhang Xiaogang, President of ISO and Karen Bartleson, President of IEEE respectively sent congratulatory letter and video speech for wishing the successfully holding of WIOTC China Summit. At the summit, with the grand opening of the global IOT platform--Smarter Planet IOT Group, contracts were signed for the construction of Beijing smart community and Zhengding technology new city and project cooperation of Asian center. 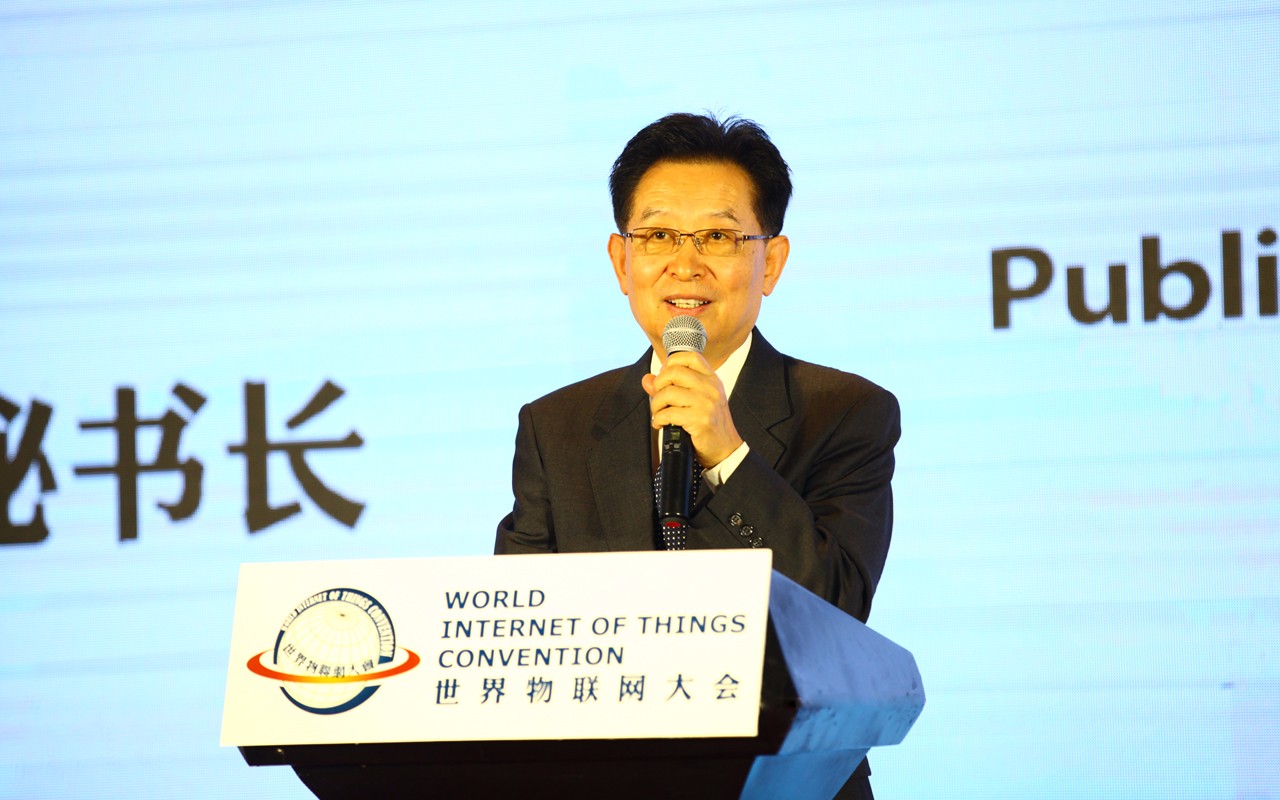 Guan Jinghui, former Secretary General of Publicity Department of the CPC mentioned in the opening speech

Guan Jinghui, former Secretary General of Publicity Department of the CPC mentioned in the opening speech, "A comprehensively intelligent connected IOT China is breeding". He mentioned that IOT, cloud computing, big data and other information technologies were indispensable in the historical development for getting rid of misunderstandings and improving communications. He pointed out that we need to break through the simple technical areas to explore and promote the future IOT revolution with system thinking and collaborative thinking. He also made some suggestions about jointly completing top level design, setting up service platform and promoting healthy development of IOT. He encouraged Chinese IOT enterprises to take China IOT to the world, to integrate with the construction of community of shared future for mankind, and to struggle for Chinese dream of national rejuvenation assisted by IOT inspired by the sprite of the 19th National Congress of the Communist Party of China. He believed that this summit would have more positive effect for IOT sustainable development and the development of world IOT sharing economy. 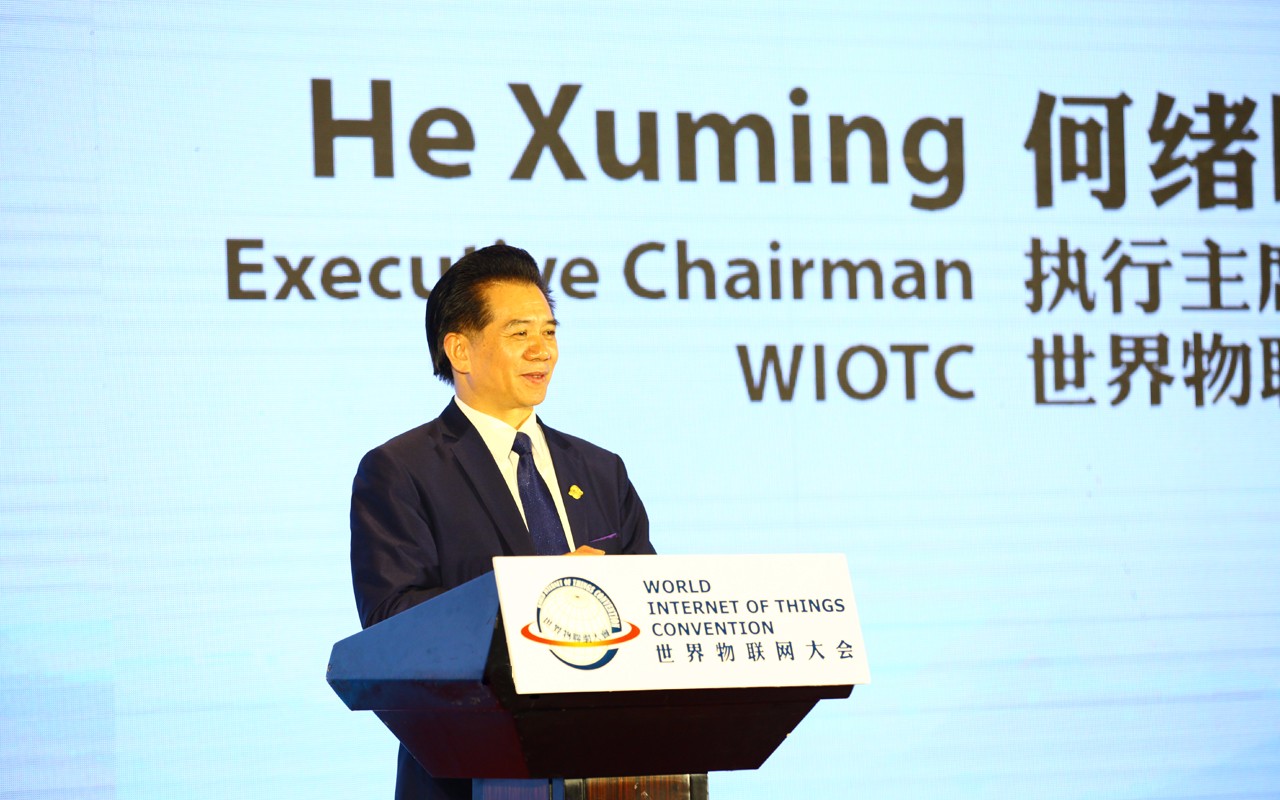 He Xuming, Executive Chairman of WIOTC gave a speech

He Xuming, executive chairman of WIOTC mentioned in the theme report, "The successfully holding of the 19th National Congress of the Communist Party of China will bring powerful wind for world new economic development and social progress. IOT is most widely used and practiced in China. The standard making is listed in the front of the world. Germany and other European countries take the lead in exploration and application of industrial IOT. The United States of America, which is very developed in the network technology has tremendous strength in technology. In 2025, billions of things will be connected in the IOT with market value around 30 trillion dollars. He summarized the advantages and problems lying in the global IOT development, brought up the direction for IOT sustainable development, explained in layman's terms about the current fiber-optic network and microwave base station transmission should transfer to interstellar, astral and quantum transmissions. He listed the water meter, electric meter, and gas meter with a built-in sensor to form a complete set of energy saving system. The IOT products and network like this will have sustainable development." He mentioned, "All government agencies should promote the development of IOT industry like China, bring IOT into the strategic planning of the national economy, establish a special IOT agency, establish IOT demonstration regions and countries; recommending that large, small and medium-sized enterprises to transform and upgrade to IOT, to set up the experimental base and demonstration center, to organize universities, colleges, experts and scholars to enhance product development, system integration and network system for the IOT sustainable development; recommending that international standard organizations around the world to set up global guiding standard, to guide the enterprise to transform and upgrade to IOT, to reduce the cost of enterprises transformation and upgrading so as to ultimately form a universal system of IOT, to practice the 'world dream' of building a community of shared future for mankind, to bring the wisdom life and work for people around the world." 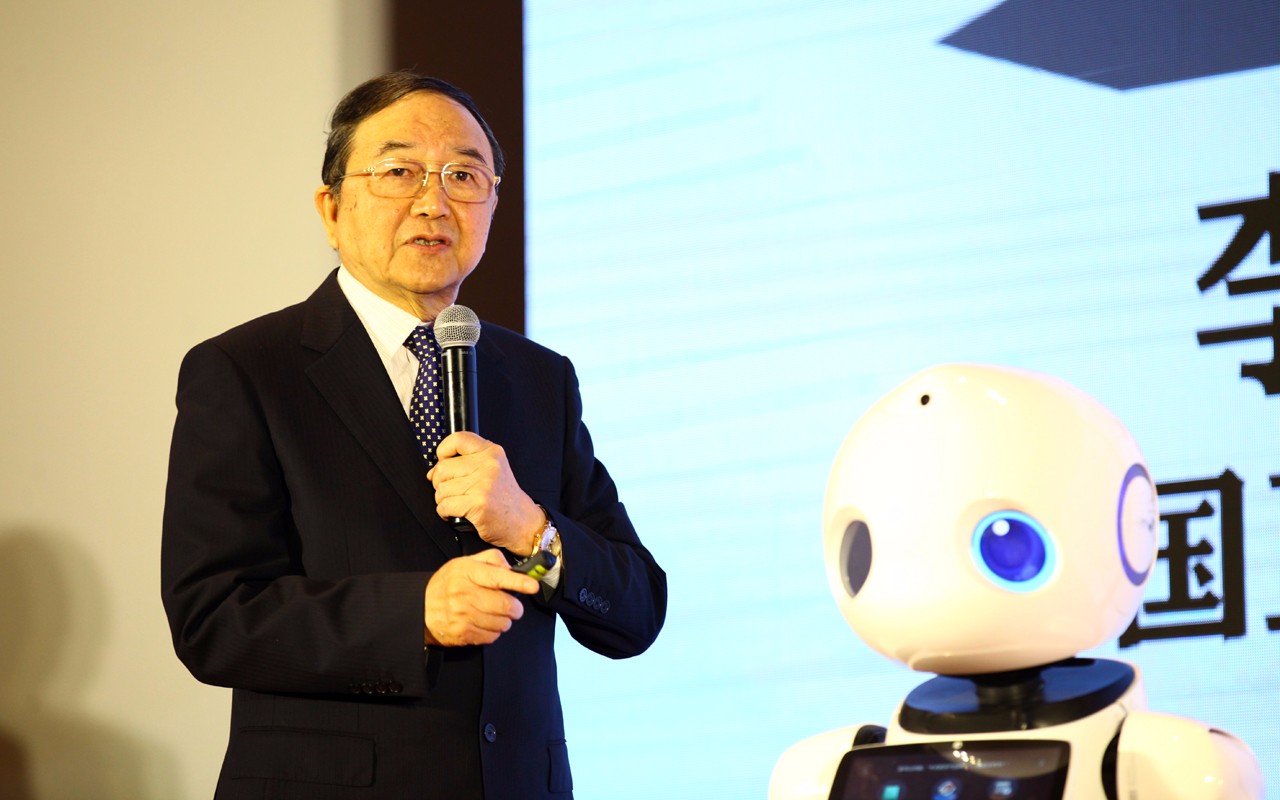 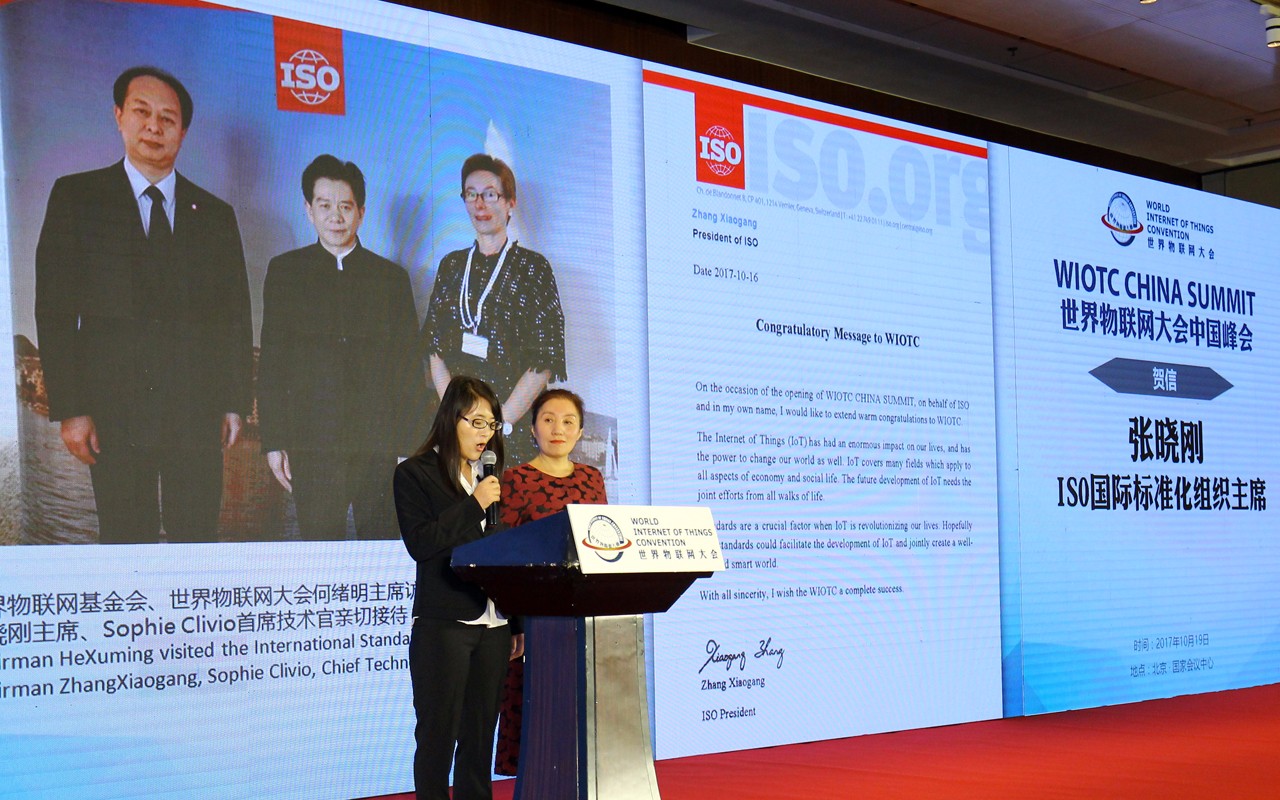 Academician Libohu mentioned in his speech that "the era of 'IOT + Artificial intelligence + Big data+' brings up a challenge to our society, but also brings a good opportunity. A new technology revolution and new industry revolution is ongoing. The demand for this era is innovation, green, open, sharing and personality. The core technology of the era is the comprehensive integration of seven new technologies, including the new Internet, new information and communication, new artificial intelligence, new energy, new materials, new biology and new applications. Cloud manufacturing 2.0 is characterized by interconnection, service, coordination, personality, flexibility and socialization. According to the concept of 2.0 system, we call it 'smart manufacturing cloud'." From the perspective of experts, he analyzed "the smart manufacturing cloud is a principle and architecture of an intelligent manufacturing system of IOT, which is manufacturing mode, means and commercial activities with Chinese characteristics; therefore, it needs for coordinated development of technology industries and application." He defined the meaning and positioning of smart cloud from the perspective of development, described the features and advantages of smart cloud with Chinese characteristics.

Nazery Khalid, expert of Association of Marine Industries of Malaysia elaborated IOT application, research and development in marine and shipping industry, focusing on the theme of the summit. 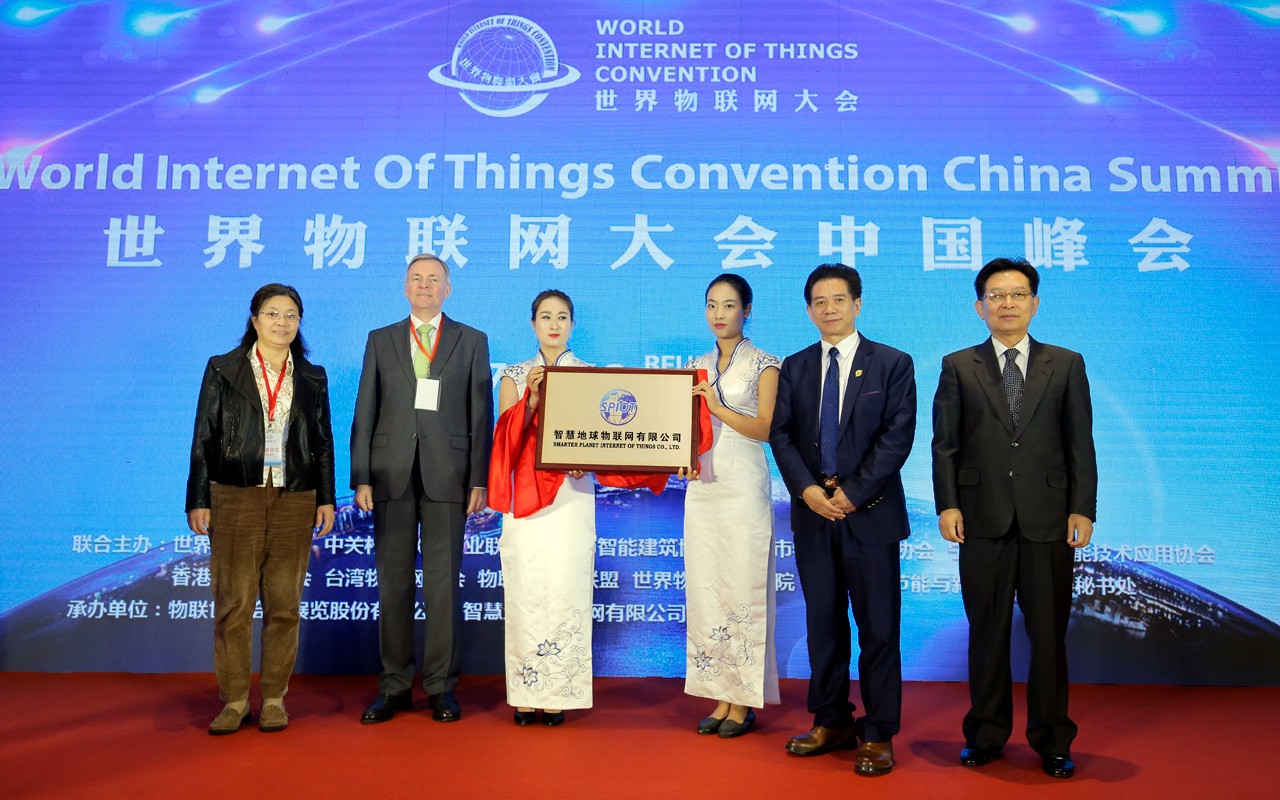 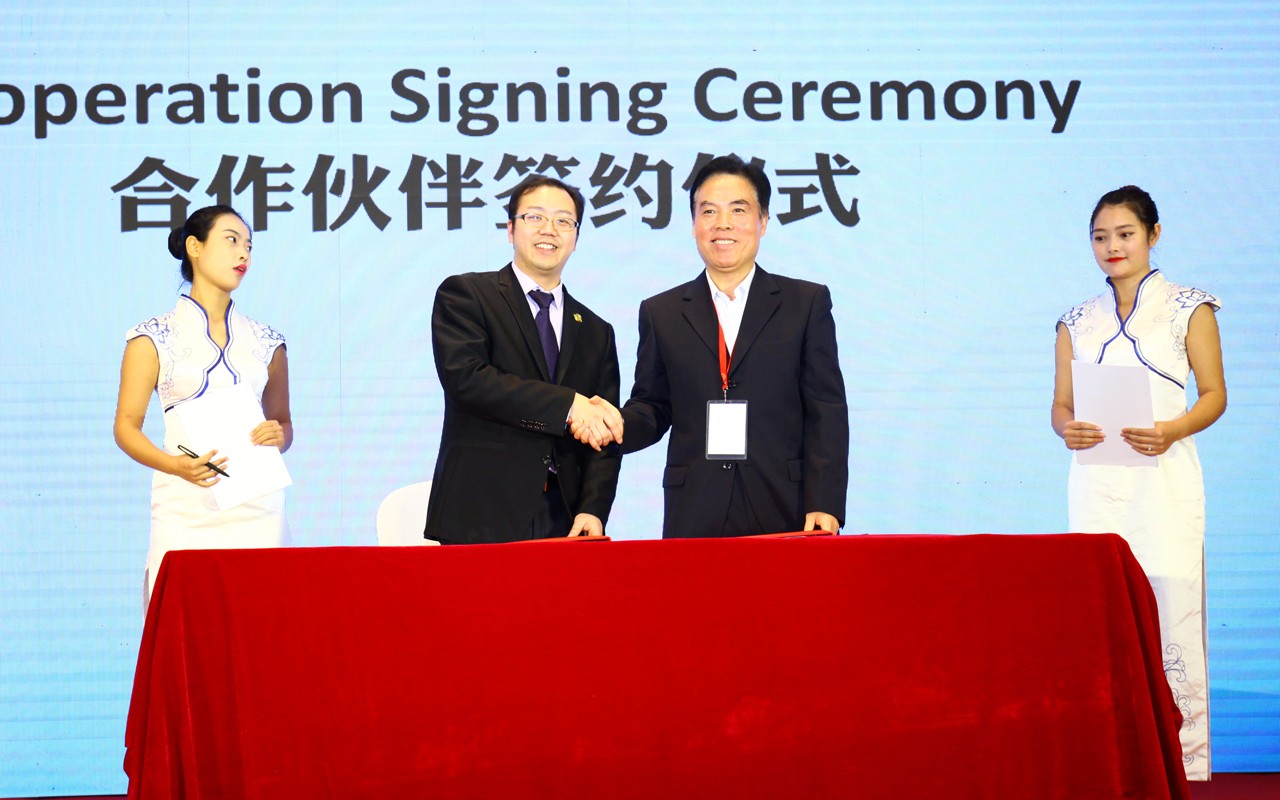 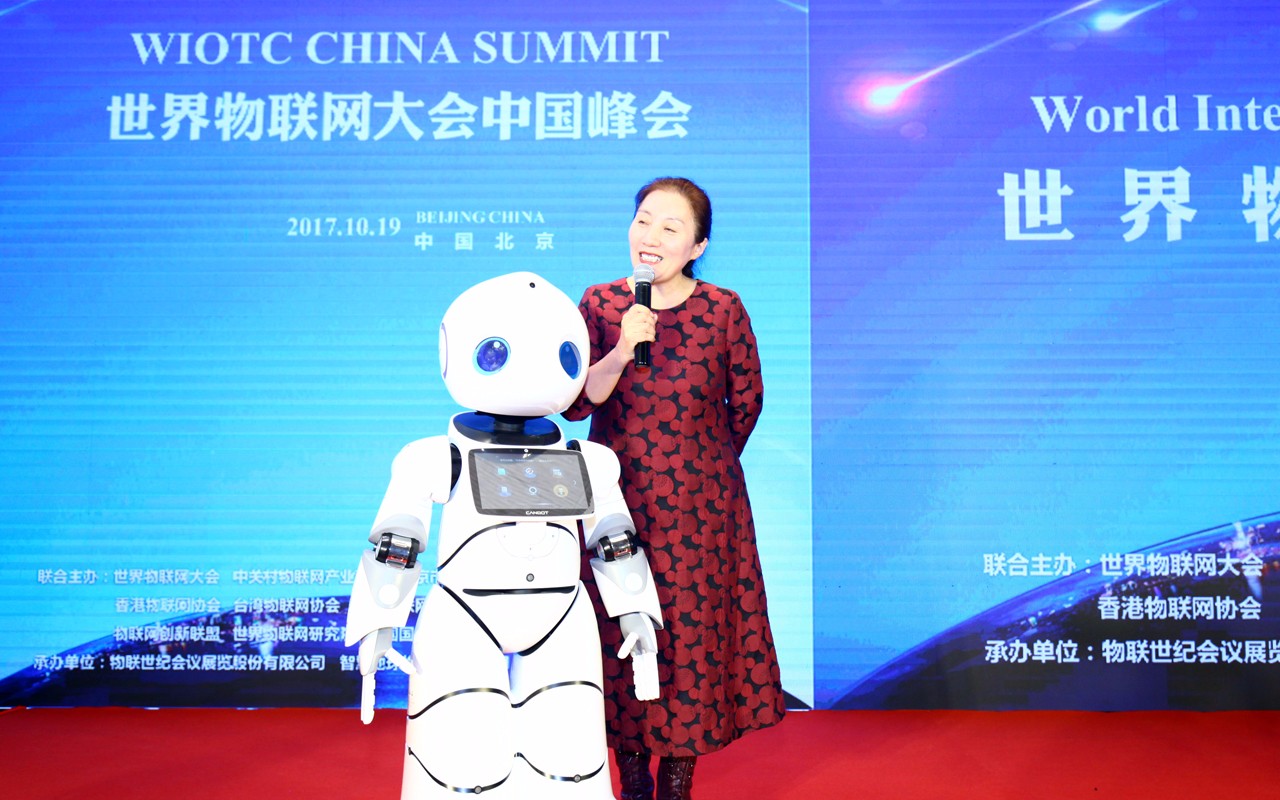 Liang Zi, the host of conference and robot YOYO

he grand opening ceremony of the global IOT platform--Smarter Planet IOT Group and cooperation signing ceremony for the construction of Beijing smart community and Zhengding technology new city and project cooperation of Asian center pulled the climax of the summit. Liang Zi, the host of conference and robot YOYO introduced the development route of Smarter Planet IOT Group, which was to combine IOT advanced technologies of China, the United States, Germany and other countries to jointly build IOT demonstration project, demonstration enterprises, demonstration garden and base in the five continents, to invest in constructing IOT demonstration country, province, city, district, county, town and community, to promote the global development of IOT industry and implementation, and to gradually form the carrier of global IOT system construction. Wang Zhengwei, vice chairman of the WIOTC delivered a closing speech and expressed gratitude to the guests. He put forward that "for the comprehensive development of IOT, there is still a long way to go. The Country, local government, various institutions and each of us are fully engaged to participate. Through the platform of WIOTC, we realize connection between human and human, human and things, and things and things in future. It can be said that the WIOTC is our common home of the IOT people who work together to create the new economy of world IOT. Finally, let us meet at the next conference."

The IOT Wisdom Revolution is the future, which is inevitable. WIOTC will cooperate with all the countries, social organizations, and enterprises to build IOT demonstration districts and countries, so as to benefit people all over the world with wisdom life and work, write a new chapter for the IOT era and embrace the new era of Wisdom Revolution!