On 29, December, 2016, World Internet of Things Beijing Summit was grandly held. The theme was "Creating new economy for IOT world, leading new era for everything interconnected". Political leaders, diplomatic envoys, experts and entrepreneurs representatives of more than 30 countries, such as China, France, Canada, America, Uruguay, Philippines, Norway, Hungary, Indonesia, Afghan, Tunisia, Kenya, Rwanda, and Venezuela, have attended this summit and discussed about advanced technology topics on IOT, including IOT Innovation and IOT International Strategy, Smart City, World IOT Technology Standard and IOT & Intelligent Manufacturing. In the summit, innovative concept on IOT and the idea that IOT represents the era of intelligent revolution have been shared; meanwhile, the Beijing Declaration on World Internet of Things in both Chinese and English versions have been released. Former French Prime Minister Jean-Pierre Raffarin has sent congratulatory message in which he wished this summit successfully held, and expressed his willing to participate in WIOTC and promote the development of world IOT industry together. 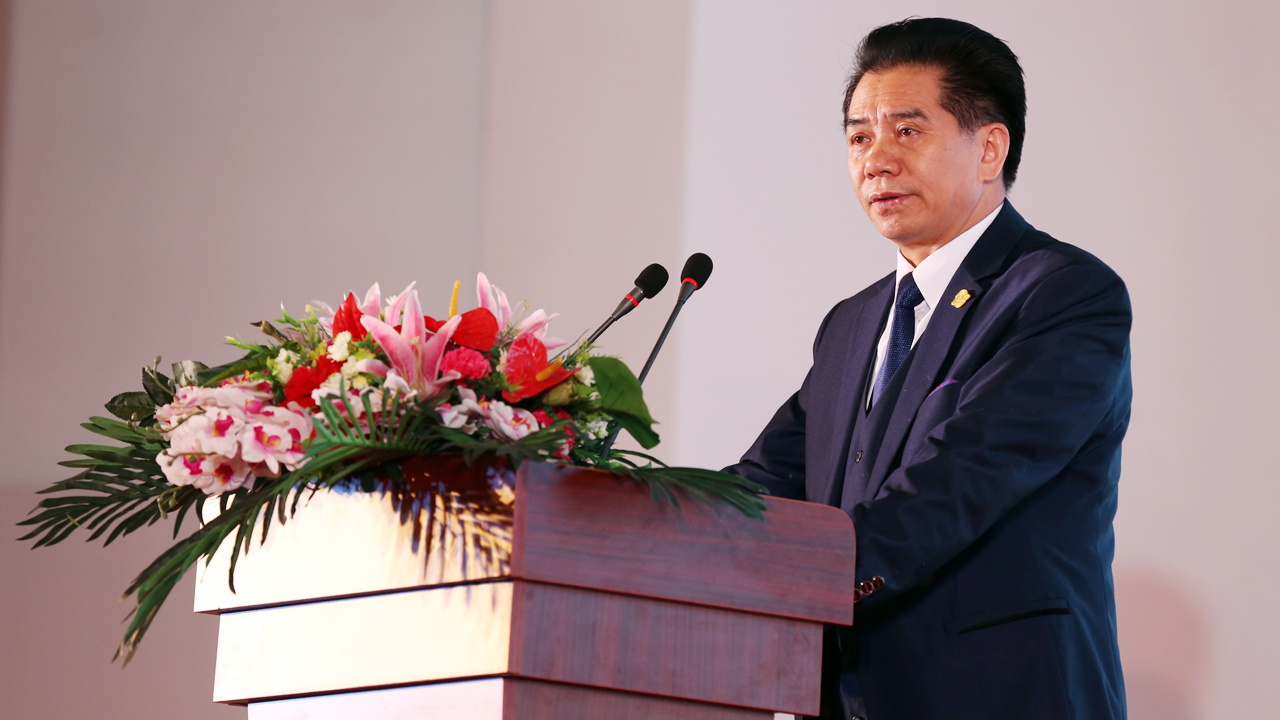 Chairman of WIOTC executive committee-He Xuming elaborated the connotation of IOT innovation; he brought up the concept that IOT could represent the fourth revolution in human history, which named "wisdom revolution" in the wake of industrial revolution and information revolution. Then he elaborated the function, role and definition of IOT from the perspective of the development of human society, appealing to IOT related organizations, scholars, enterprises, and international standard organizations from China and other developing and developed countries for jointly creating world IOT standard and architecture system, building IOT fund, setting up a demonstration platform on the base of the consensus that "IOT represents the wisdom revolution", strategically integrating the development of IOT with China's "the Belt and Road Initiatives" and making the "Chinese dream" become world dream, thus bringing benefits to the world, promoting economic innovation and sustainable growth and moving global economy forward. 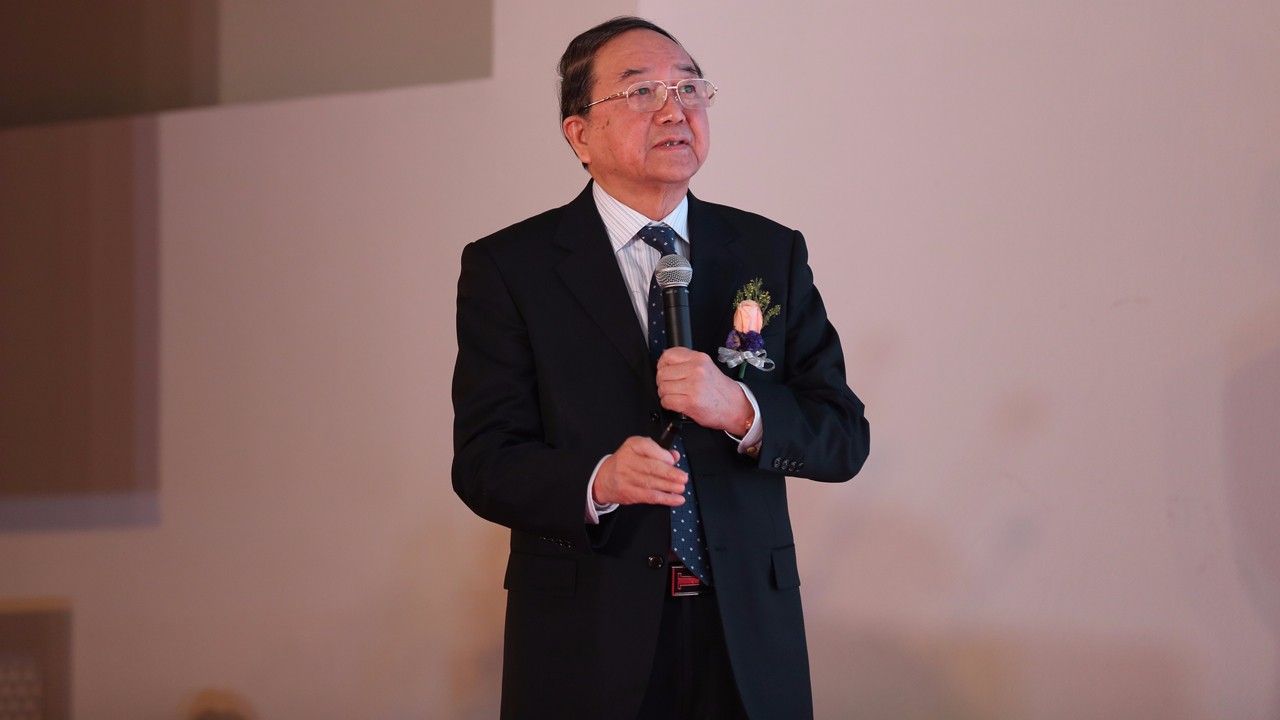 Hunan society was facing a new technological and industrial revolution. Li Bohu pointed out that "the era of 'Internet+ Artificial Intelligence' is coming. The core technologies are seven types of technologies which are deeply integrated, including new Internet technology, information technology of new generation, new artificial intelligence technology, new energy technology, new materials, new biotechnology, as well as the new application of professional skills concerning national economy, national security and people's livelihood. The ecosystem of the era of artificial intelligence can be expressed in 24 Chinese words-ubiquitous interconnection, data-driven, shared services, cross-border integration, self-intelligence and innovation. This era will bring great change and revolution to the model, means and new ecology of the whole national economy, people's livelihood, national security." 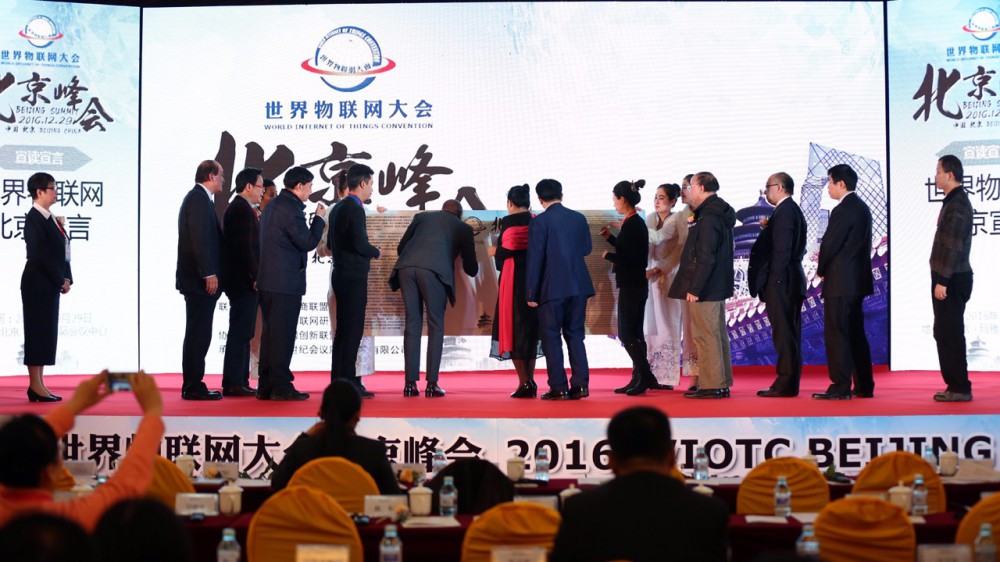 Officially release "Beijing Declaration on the World Internet of Things" of Chinese and English Versions, distinguished representatives sign to witness Uruguay Ambassador Fernando Lugris delivered a speech on behalf of Uruguay President Tabare Vazquez, indicating that wisdom revolution would change our future life. He explained how countries around the world worked together to bring together their talents and make better use of the Internet, not only in life, but also in production. He also shared with audience about the development of Uruguay.

Governor of Punjab, Pakistan, Muhammad Rafique Rajwana expressed his congratulations on the convening of WIOTC Beijing Summit. He believed that the summit would benefit the development of the IOT industry and bring it to a new height, and he also wished this platform attract more organizations to invest in Pakistan.

There were four high-end dialogues focusing on innovative ideas on IOT. Representatives of IOT experts reached an agreement that IOT standard and structure should be defined at the height of human history, so as to form a universal system that is globally effective. Only in this way can avoid disorderly development, which resulting in waste of social resources. 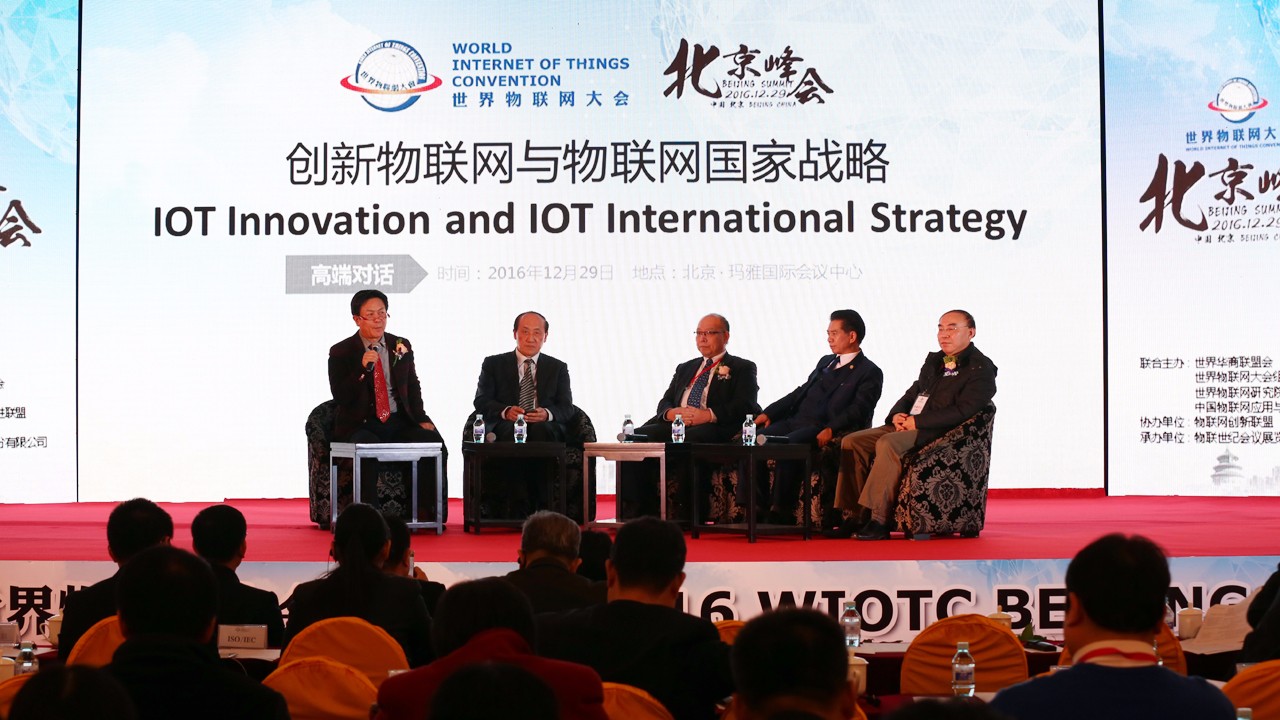 He Xuming talked about the importance of positioning IOT at the height of the fourth revolution of human beings when defining IOT's application, management functions and making the game rules, standard system and top-level architecture.

Liu Yanshen mentioned that developed countries such as the United States, Japan, South Korea and the European Union treated the development of IOT as a national strategy, China should seize the opportunity to meet the challenges with greater determination and more effective measures to build industrial system of IOT which could  be internationally competitive, so as to contribute to economic and social development.

Zhang Yi believed that WIOTC was one of the best ways to seek the points of interests and build community of interests.

Tang Tingchuan held the opinion that Internet of things was the best future for human society, which was worth sparing no efforts to promote its development. The one that participated in the early stages of wisdom revolution was more likely to occupy the commanding heights of the world. 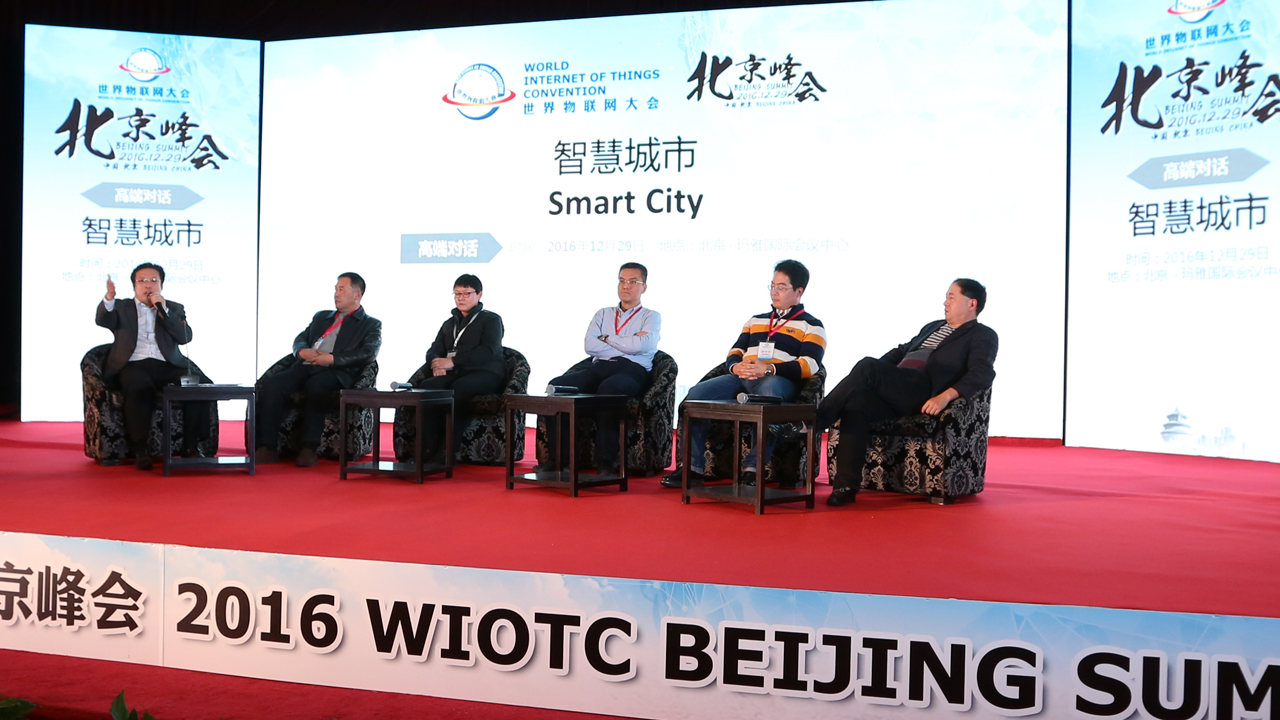 One of the top ten figures of IOT in China, guest professor of Tsinghua University-Zhang Keping hosted the dialogue and brought up the idea that economic support was the most basic factor for the development of a city, so the study of economic structure was necessary. He referred, "today we are at a critical moment in the development of IOT and smart city, there is a core factor among cloud computing, IOT, big data, mobile Internet, Internet+, and projects that are for the convenience of the public, that is big data."

Zou Qiang, associate professor of Tianjin University, proposed "IOT is about the perception and transmission of data, information security has become the core since the security of data transmission center is very important. If we jointly work on the industry of smart city in future, it will transform from the Blue Sea into the Red Sea in a short time, which means it may become a very competitive field that we should consider how to get a foothold."

Wang Xiaofeng, senior vice general manager of Sany Heavy Industry, said that IOT was the tool to realize the wisdom of the city, meanwhile it would bring new service formats, resulting in many new business models. The use of IOT technology could bring not only technical changes, but also a disruptive change in business models. The construction of smart city should focus on the application area.

Feng Yi, Director of Visualization Research Institute considered that transmission was the key issue in the development of smart city.

Chen Yijun, Director of Public Relations Department of WIOTC, expressed the hope that the construction and development of smart city could be promoted by means of government-led, government guidance, with social participation such as business entities, and market regulation. 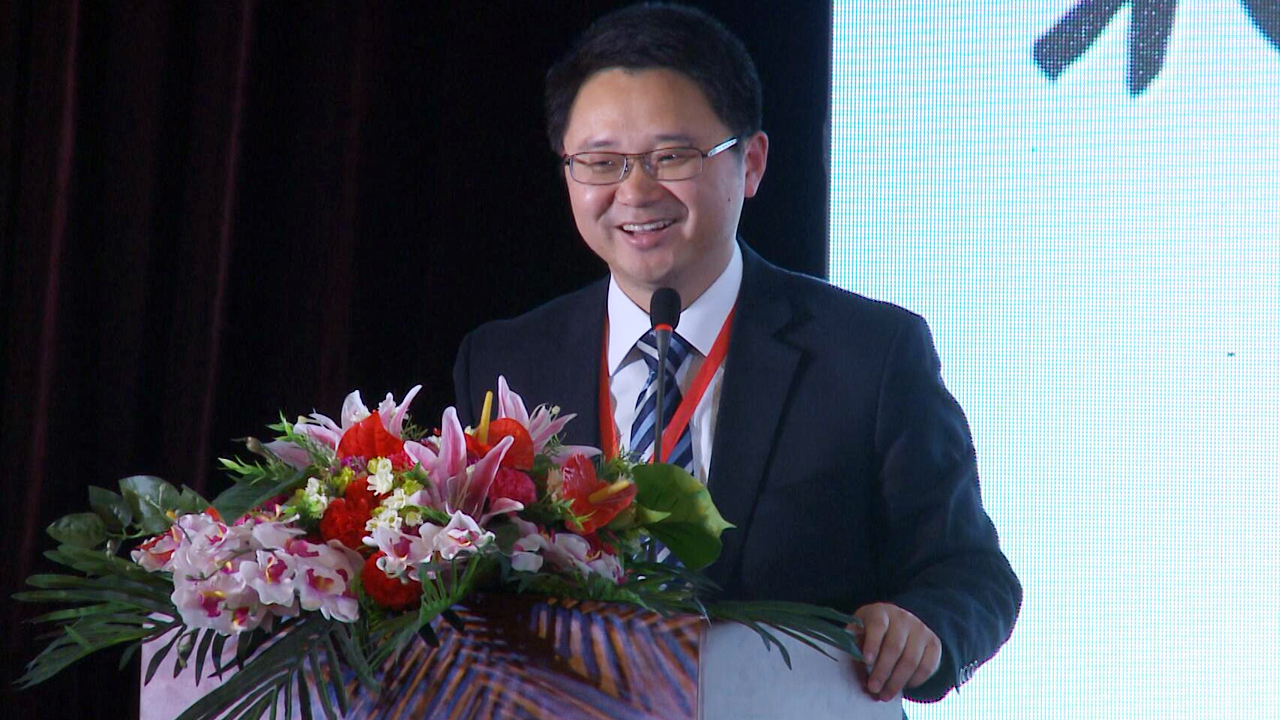 While the dialogue was going on, came the good news that 34 member countries of the ISO / IEC voted to adopt the "Six Domain Reference Model of IOT" which was led by China. The chief editor, Shen Jie announced the news at the Beijing Summit. The guests applauded to congratulate. 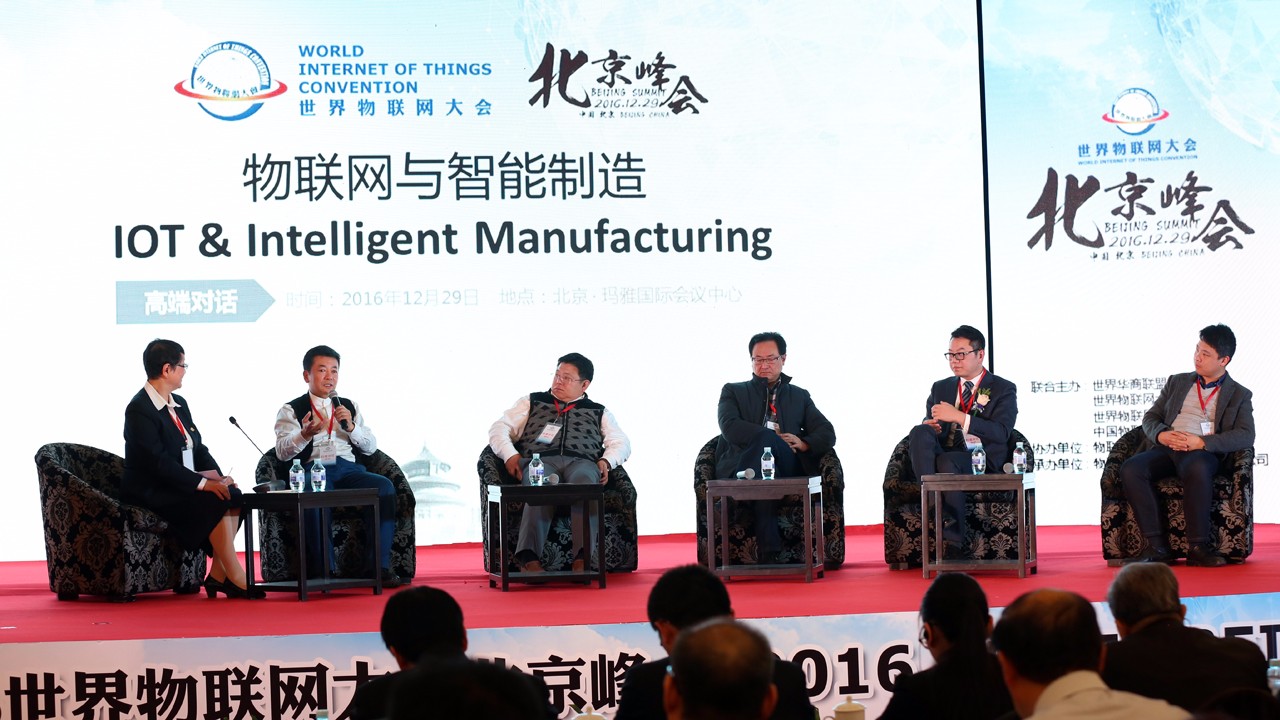 Liang Zi, deputy secretary-general and news spokeswoman of WIOTC, addressed the closing remarks. She said, "Seen from the development of IOT, it indicates that the era of wisdom will totally change our way of life and work. WIOTC aims to study IOT, seize the great opportunity given by the era, create new economy of IOT and lead the new era of IOT. Let us jointly participate in the innovation and development of IOT industry and lead the new trend of IOT industry." In a warm applause the summit came to an end.